Economic transition has changed the nature of participation in the economies for both men and women. Full gender equality remains a target despite improvements with more women in leadership roles. The current pandemic is hitting women harder as globally, women make up three quarters of medical doctors and nursing personnel. The closure of school and day-care centres requires parents, women in particular, to care more for children and facilitate their learning at home. Reports from several countries suggest that domestic violence against women and children is also rising during the global lockdown. Also, women already spend about three times as many hours in unpaid domestic and care work as men. Following EU Directive 2014/95/E on disclosure of non-financial and diversity information by certain large undertakings and groups which entered into force on 6 December 2014, companies have to disclose material information on social and employee matters including diversity issues, such as gender diversity and equal treatment in employment and occupation (including age, gender, sexual orientation, religion, disability, ethnic origin and other relevant aspects) and they are rated for those disclosures and their overall diversity strategic approach by ESG rating agencies, responsible investors, but also from other stakeholders such as NGOs and communities.

DESCRIPTION OF THE CHALLENGE

From labour practices that give women lower pay to legal and cultural barriers restricting their access to jobs, finance and property ownership, there are many ways in which economic systems continue to favour men over women. Both genders have generally experienced greater job insecurity, reduction of stable employment and the need for new skills and ways of generating income. Women, however, have experienced even higher unemployment rates than men and lower wage levels as well as the glass ceiling barrier. Significant differences between men’s and women’s work by sector, occupation and type, (vertical and horizontal gender segregation) have also emerged. For many businesses, diversity, recognised as material issue urging them to develop a diversity policy, providing information on how its objectives are taken into consideration in succession, planning, selection, nomination and evaluation of human capital.

CONTENTS OF THE SESSION

There  is  growing  global  awareness  that  gender  equality  is  the  cornerstone  of  inclusive  growth.  Providing equal access to public office and economic opportunities to both men and women is vital for achieving a more sustainable economy and improving national well-being. Failing to do so means losing the human capital of approximately half the populations, thus heavily compromising countries’ full potential for growth and national development. The European way of life, among other responsibilities of VICE-PRESIDENT of the European Commission Mr. Margaritis Schoinas, calls for equal treatment of men and women at all levels, as well as for inclusion and building a genuine Union of equality and diversity. Moreover EC points a high interest on the coordination of the Skills Agenda and European Education Area, making education more accessible and inclusive, encouraging lifelong learning, reskilling and cross-border learning for all men and women.

European leading organisations such as EBRD are taking specific actions towards inclusion of diversity through its Strategy for the Promotion of Gender Equality (2016-2020) committed to promoting gender equality and women’s economic empowerment through its investments and policy dialogue. It promotes a vision for a future where women and men, regardless of socio-economic status, have the same rights and opportunities to access finance and assets, establish and lead business, participate in decision-making processes affecting their lives and have equal and safe access to public services.

Women’s Empowerment Principles have been joined already by over 2,000 business leaders around the world. These principles are the result of collaboration between the UN Global Compact and UN Women, and are adapted from the Calvert Women’s Principles®. They are based on real-life business practices and input gathered from across the globe. These Principles can also inform other stakeholders, including governments, as they engage with business.

Academics, following the European Directive 2014/95/EU, are examining why Corporate Governance is key in delivering gender equality results and how fair representation and participation of women and men in public life, including in leadership positions, is crucial to realising gender equality.

WHY ATTENDEES SHOULD PARTICIPATE

The Evolution of Materiality Approach and Stakeholder Management are becoming increasingly important for business development and the decision-making process. To that end, participants will:

Read the agenda
More information about the EU SDG Summit 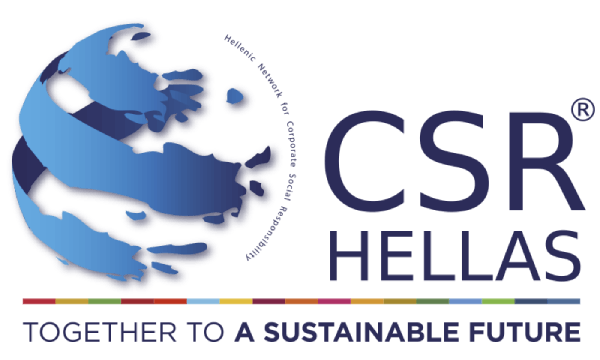